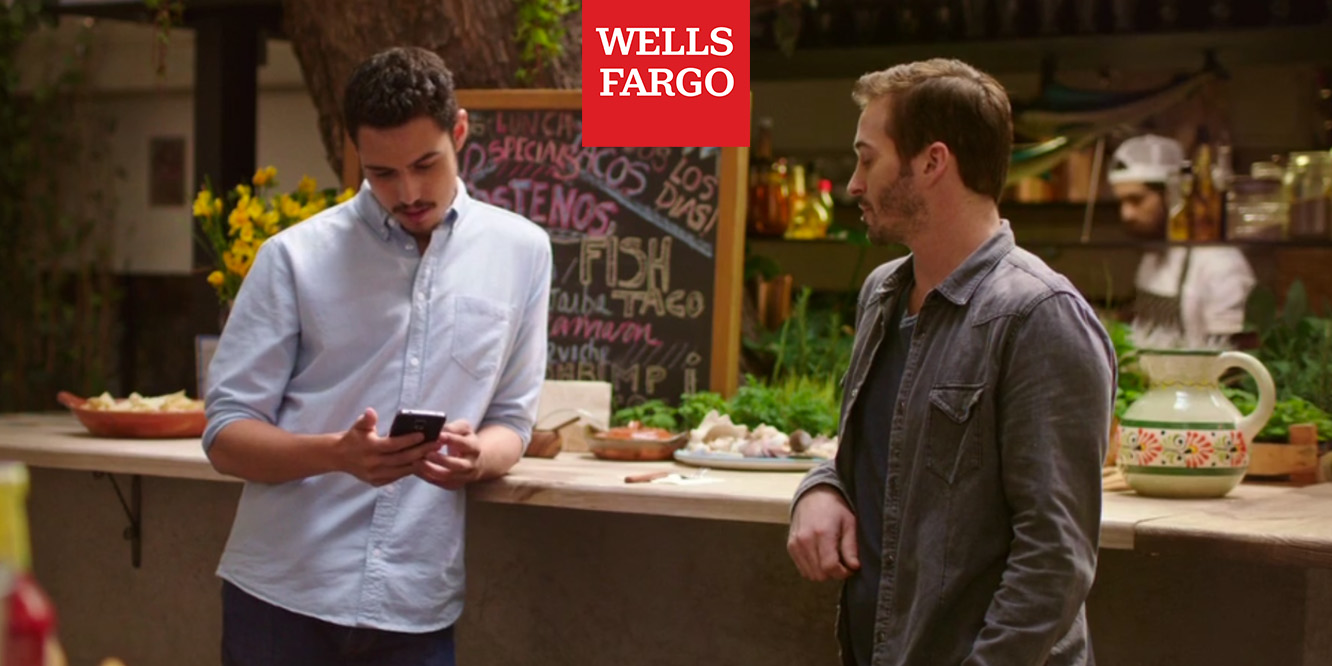 Wells Fargo wanted to promote the launch of Wells Fargo App in Spanish. We created a campaign playing along with the Spanish language in different ways. The first spot points to the experience of meeting someone who speaks Spanish in a foreign country. The second one is playing a bit with soccer insights and jokes utilizing a well known soccer player, Luis Hernandez.

In addition, we created a digital/social campaign where we tapo on to our consumer’s interests like music, news and sports (which they view on their mobile) and to each graphic utilized we added a “tilde” (˜) representing the arrival of the Spanish language to their mobiles with our Wells Fargo App.